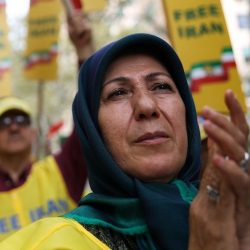 The new year political unrest in Iran is not unprecedented. Three times in the last two decades, the Islamic regime has faced mass protests. In July 1999, students took to the streets to demand freedom of speech, while, 10 years later, the Green Movement saw demonstrations against the vote-rigging which accompanied the re-election of the[…]