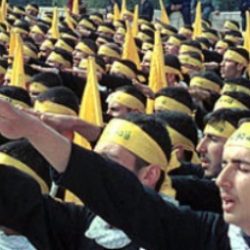 This article was originally posted on the Jewish Chronicle. Click here to read the original.  A government minister has cast doubt on the likelihood of a ban being imposed on Hezbollah’s terrorist wing in Britain. Nick Hurd, the Police Minister, told a Labour MP who raised concerns about the Al Quds Day rally at which[…]