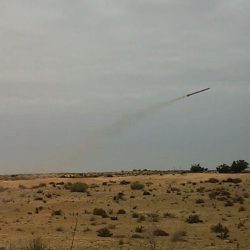 ISIS fired a rocket into southern Israel from northern Sinai this week, striking a greenhouse but causing no major injuries. The terrorist group, which controls a small region of the peninsula near the Gaza strip, immediately claimed responsibility for the low-grade attack. Under the title Wilayet Sinai, ISIS in Egypt consists of around 1000 fighters,[…]