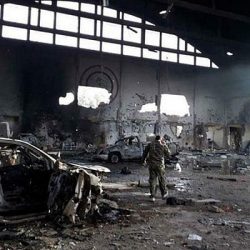 An Iranian drone which entered Israeli airspace in February was carrying explosives, it was revealed on Friday. The attempted attack – the explosives were sufficient to cause damage, although the precise target remains unknown – represents the first direct attack by the Islamic republic on Israel. It also indicates that Iranian aggression may be set to cause[…]